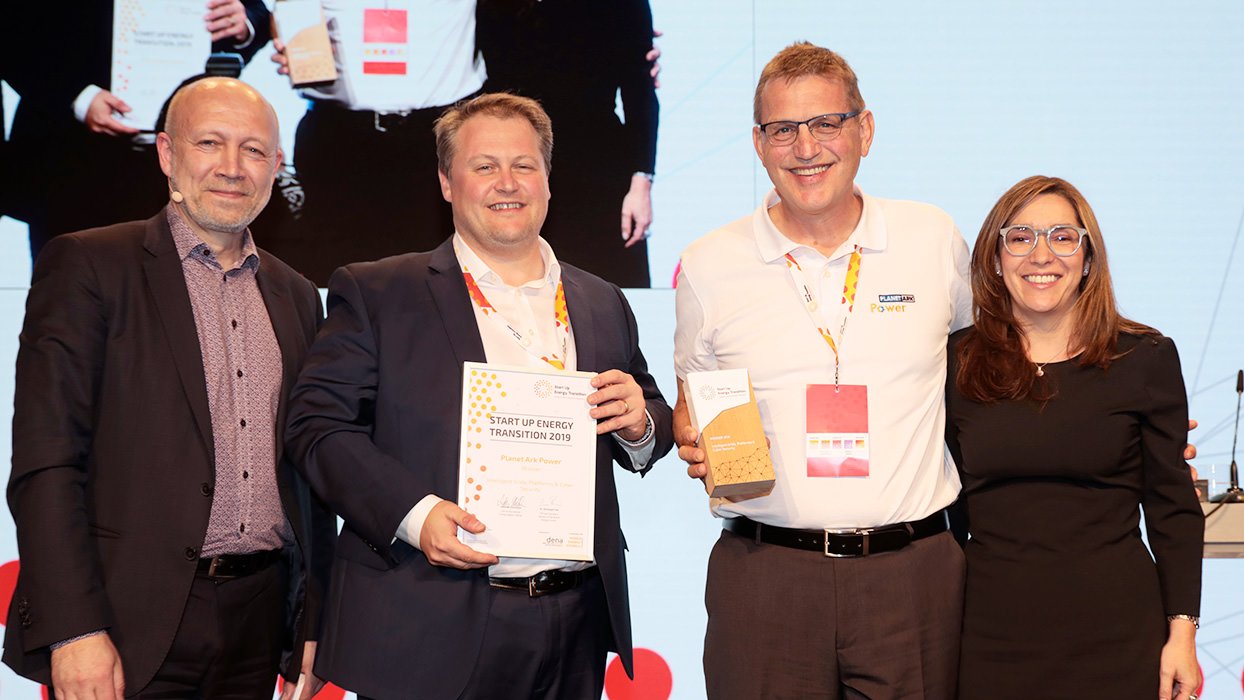 Planet Ark Power’s innovative technology has been recognised as instrumental to transition the world into a clean energy future by the German Energy Agency (dena) and World Energy Council.

The Brisbane-based clean energy technology and engineering startup won the category of ‘Intelligent Grids, Platforms and Cyber Security’ at the prestigious Start Up Energy Transition (SET) Awards 2019 held in Berlin in April.

The grid-transforming technology won the unanimous vote of the jury of global experts in the energy and climate sector. In its third year, SET is a global initiative that identifies leading start-ups in the fields of energy transition and climate protection. In 2019, it received 450 applications from 80 countries.

“The SET Award 2019 illustrates the depth of experience, commitment, and vision driving the innovators who will transform the future of energy. All the finalists should be proud of their achievements and the winners have a bright future to look forward to,” said Christoph Frei, Secretary General of the World Energy Council.

As winners of the SET awards, Planet Ark Power joined in a panel at 5th Berlin Energy Transition Dialogue on 11 April 2019, sharing their journey, and future plans with a global audience from the energy industry, science, and politics at the conference.

Planet Ark Power solves the fundamental challenge which limits the amount of clean, renewable energy which can currently be distributed through the electricity grid.

The innovative technology overcomes the voltage fluctuations faced by energy networks which occur when PV systems ‘export’ or send excess energy produced back into the grid. These fluctuations endanger the grid’s ability to deliver safe, reliable electricity to consumers, which is why networks limit the amount of solar export. These restrictions severely reduce the amount of rooftop solar that is economically viable to install on a large-scale and impede the transition to clean energy. However, Planet Ark Power successfully solves this challenge.

The Planet Ark Power system, a combination of a power converter and artificial intelligence manages the voltage at the source, allowing up to 13 times more solar power to be integrated into the electricity grid. It unlocks the capacity of the grid without the need for expensive infrastructure upgrades by energy networks or governments.

The technology has been developed over 7 years by a team of committed, innovative and visionary engineers in Queensland, Australia.

“Australia is the first in the world to experience large-scale voltage disruption due to rooftop solar, with the rest of the world to follow as rooftop solar becomes more popular. Planet Ark Power’s engineers had the foresight and acumen to pre-empt and solve a global challenge,” said Richard Romanowski, Executive Director, Planet Ark Power. “This is why our technology’s potential resonated with the jury at the Startup Energy Transition (SET) Awards.”

The technology will fortify and optimise the grid, paving the way for a solar revolution in Australia and subsequently, all over the world.

By overcoming the barriers to the amount of solar that can be sent back into the grid, the system will make it possible to create urban rooftop solar farms, powering cities with clean energy produced right where they need it.

The technology dramatically increases the viability of filling commercial and industrial rooftops with solar. It also creates potential long-term revenue streams from the export of surplus energy – great outcomes for both the organisation and the environment.

As a #SET100 startup, Planet Ark Power will exhibit their technology solution to the global energy sector at the 24th World Energy Congress to be held in Abu Dhabi by the World Energy Council.

“To be recognised as pioneers and have the global energy transition community validate our solution at the SET Awards inspires us to continue innovating and contributing to this dialogue,” said Romanowski. “We look forward to engaging with stakeholders across the global energy sector at the World Energy Congress.”

Global Partnerships to Decarbonise the Grid

Planet Ark Power is currently forming partnerships across Europe and the USA to apply this revolutionary technology to facilitate creating urban rooftop solar farms, community microgrids, amongst other initiatives.

The technology is critical to decarbonise the electricity grid and will usher the world’s first functional two-way clean energy grid.

“It’s great to see a Brisbane company at the forefront of this technology,” congratulated Kate Jones, Innovation Minister of Queensland. “Behind-the-meter solutions like Planet Ark Power’s will help continue energy transition to affordable renewables, reducing our emissions and helping to tackle climate change.”