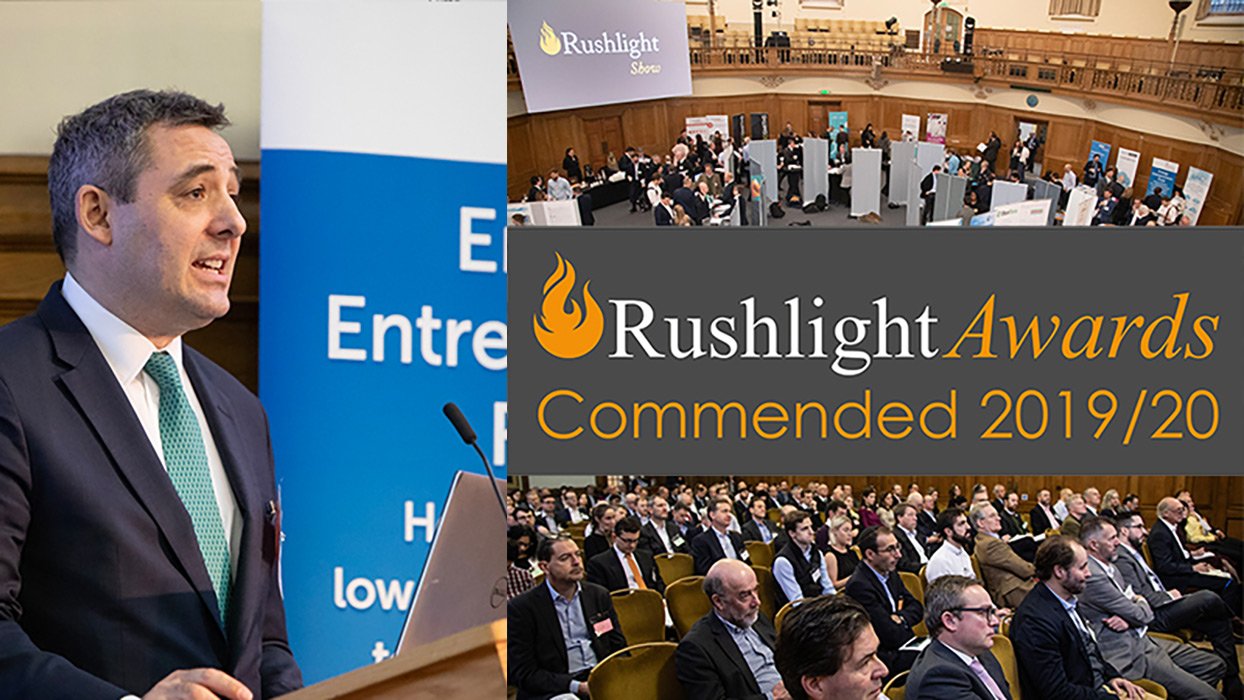 The notable jury of experts expressed faith in the potential for eleXsys® to speed up the decarbonisation of global electricity grids. The experts were from UK Climate Investments, WWF, Innovate UK, STFC, The Knowledge Transfer Network, among other influential organisations.

Over the course of the one-day event, Planet Ark Power’s European representative, Andrew Jennings, exhibited at the buzzing Rushlight Show and addressed the Rushlight Cleantech Conference about how eleXsys® unleashes the full solar potential of every roof, encouraging the creation of larger-scale urban rooftop solar farms.

On the back of their global recognition as winners of the Startup Energy Transition Awards 2019 hosted by the World Energy Council and German Energy Agency (dena) last April, Planet Ark Power launched its Series A share offering to fund its international expansion in late 2019.

With pilot projects established in Australia, France and the USA, Planet Ark Power is currently exploring opportunities in the UK.

The Australian renewable energy startup set up an office in London in January and is being represented by Andrew Jennings, a highly motivated entrepreneur, with a successful 25-year track record across several industries including shipping, winter sports and fashion. Andrew is passionate about the transition to a clean energy future.

To keep up with Planet Ark Power’s exciting global journey, follow us on LinkedIn.